It’s true that the last place I’ve visited is always my new favorite destination. But…If I had to pick a perfect base in Europe that was drop dead gorgeous, but conveniently located to some of my favorite places, I’m pretty sure it would be Bregenz, Austria in the Vorarlberg region. Cycling Lake Constance and hiking the Pfänder were just two of the lovely experiences Steve and I enjoyed after our week in May working in Regensburg. 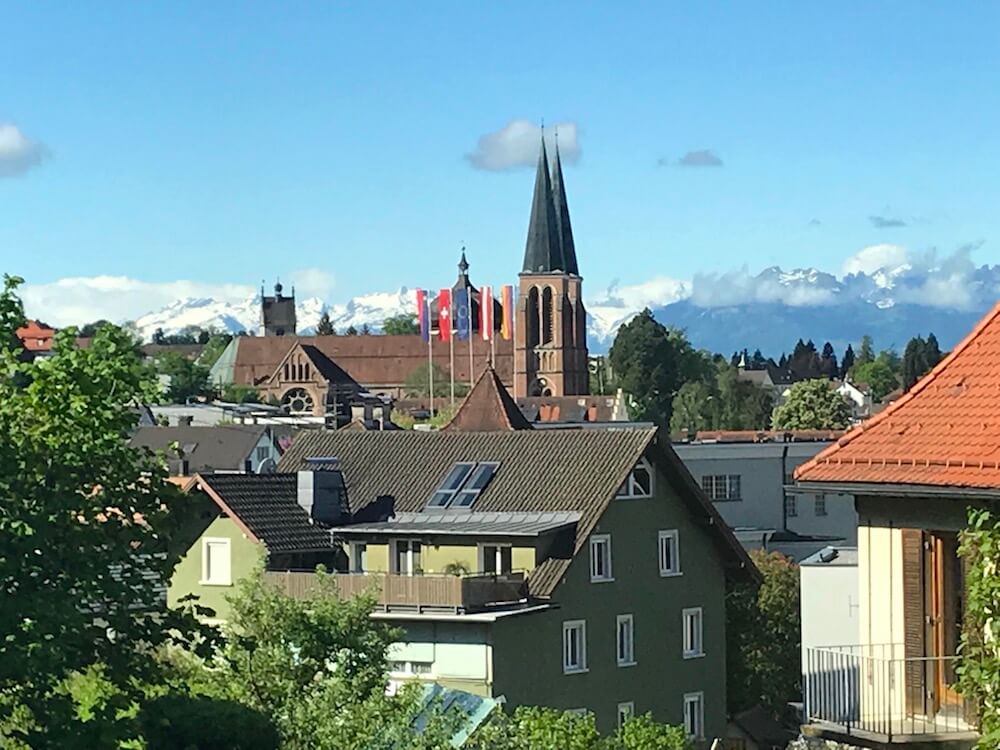 It’s always a special experience when you can stay with locals and that’s just what we did in Bregenz. Plus, Austria is amazing. Our friends Franz and Sharon relocated from San Diego, California—where we live—over a decade ago to care for Franz’ aging mother and help their son gain fluency in German.

And then they never left. I totally get it now!

Beautiful Bregenz is situated right at the edge of the Bodensee, otherwise known as Lake Constance (most scenic coastal train station ever). Lindau, Germany is just to the north, Lichtenstein just south, and all of Switzerland a hop, skip, and a jump to the west. With Milan and all of Italy an easy drive south—not to mention France a few hours to the north—what’s not to love?

Bregenz felt a lot like Switzerland with better prices. Think sweeping vistas, majestic wildflower-carpeted mountains, and alpine glory for both hikers and skiers. But it’s also famous for its summer performing arts festival in July and August. (Rooms sell out so book early!)

Every other year, an elaborate set—essentially a floating stage—is built right over the water on the lake, where patrons can enjoy a Bregenz opera or musical from a convenient open air amphitheater. In 2017 and 2018, you can enjoy Bizet’s famous opera Carmen here.

One of the things I learned about Franz while we were visiting was that he was the current high jump champion in the over sixty category for Austria. (Yes, seriously!) So when he suggested a short bike ride…the day after our major hike into a deep, deep gorge, I probably should’ve been worried. (I did get my hiking chops back a bit on our trip to New Zealand, but I’m still a fair weather hiker.) 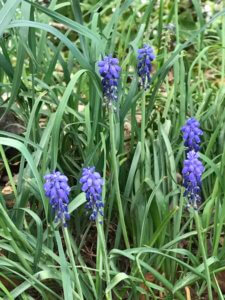 But then he suggested electric bikes to Sharon and I, which was the coolest thing ever! I’d never been on an e-bike before. I guess I imagined that they’d be sort of clunky somehow…that you’d hear them whirring and kick back while your bike did all the work.

Far from it! It’s a very subtle kind of thing with several settings. I had mine on “low” so I felt like I was doing about 90 percent of the peddling…except when we rode into a stiff wind or a steep hill. Then I kicked it up a notch and felt like I’d just got a nice burst of energy. (I want an e-bike desperately now!)

We started our ride right in Bregenz at the lakefront (renting our e-bikes here) and meandered along the most scenic paved bike paths, about 16 miles round trip.

The path took us across two beautiful rivers—the Bregenzer Ach and the Rhine—and then through a wild and scenic wildlife preserve where we paused to watch the water birds frolicking.

Before circling back to Bregenz, we locked our bikes and then stopped for a lovely lunch outside in the spring sunshine, at a conveniently located restaurant lakeside, next to a yacht harbor.

Now, if I’d been at home, I would have definitely called it a day after a 16 mile bike ride. But the thing was, we only had a few days to explore Bregenz and I’d been sitting and sipping coffee on Franz and Sharon’s terrace watching the gondola pass overhead. Can you imagine living within waving distance of a gondola?!

So when Franz asked if we wanted to ride up the mountain and hike down, of course I said YES!

The Pfänder cable car—the Pfänderbahn—is a panoramic cable car that has been running since 1927. It leaves every 30 minutes, more frequently if it’s busy for the quick trip up the mountain. It’s just 7,50 euro for a one-way trip (although you can buy a return trip down). Dogs ride free!

The lookout at the top is one of the most famous lookout points in the area…because you can see 240 alpine peaks in Germany, Austria and Switzerland! Take a look: 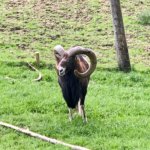 And at the top, you can enjoy a glass of wine on the terrace of the self-service restaurant or explore the super cool wildlife park. You’ll see rabbits, dwarf nanny goats, ibex, wild boars, and even a herd of red deer. Plus, there are mouflon, recognized by their curved horns.

After checking out the animals, we began our descent down, which took us about 90 minutes. It was seriously steep! 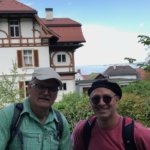 Now, Franz, of course, runs up and down the Pfänder every day or two for a light workout. He’s down in less than 30 minutes! He and Sharon also like to hit the slopes here for a few hours in winter on weekday mornings before work. I’m telling you…they’re living the life!

As for me, I just soaked it all in. A glorious and majestic alpine treasure… At one point, we were walking and talking when we heard a French family approach behind us with two kids who were UNICYCLING down the mountain!

By the time we finally made it to the bottom, I was seriously ready to put my feet up. A well-earned dinner indeed.