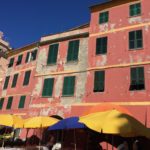 A bit of backstory… Steve and I first met back in 1985 when he was my teaching assistant for a biology class I was taking at UC Santa Barbara. I was a lowly undergrad and he was working on his PhD in molecular biology. (What a catch, huh?) We connected over travel. I’d just returned […] 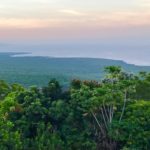 With just seven days, you’ll want to make every day on your Big Island itinerary count! While Maui feels fancy with its resorts and Kaui feels wild and undeveloped, Big Island Hawaii offers a little of everything with black lava beaches and one of the most astounding national parks in the USA. Big Island Adventures […] 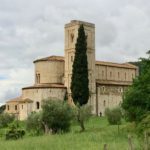 So we woke up to this on our first morning just outside of Pienza in the Val d’Orcia region of southern Tuscany. And it was just a stone’s throw from the stunning Val d’Orcia region. In fact, you can reach it in just two hours from Rome. Buongiorno indeed! We were staying at Tenuta San […] 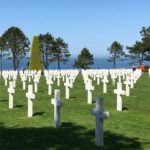 It’s hard to believe that 73 years have passed since the Allies invaded Normandy beaches in France on D-Day, June 6, 1944 (the largest naval invasion ever). Operation Overlord, as it was called, turned the tide in the war to eventually liberate Europe from the fierce grip of the Nazis in September 1945. And that’s […]

When you subscribe to my monthly newsletter, you'll also be able to download a FREE list of my top 7 travel apps. No spam ever. Unsubscribe at any time.

You have Successfully Subscribed!

Any cookies that may not be particularly necessary for the website to function and is used specifically to collect user personal data via analytics, ads, other embedded contents are termed as non-necessary cookies. It is mandatory to procure user consent prior to running these cookies on your website.